Links from my Unschooling Creativity presentation 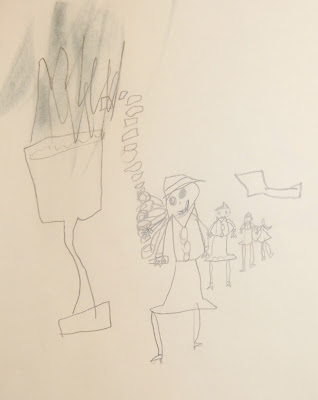 Fleur and the Goblet of Fire by Jayn.

I love presenting this talk, although I had so much fun telling stories that I did run out of time. Didn't it just fly right by?

Here is the bibliography and references from my talk and some further reading.

More articles from my MMM blog:
Found: the Artist Within
Not Creative article
Encouraging Creativity article

R. Keith Sawyer - tends to see creativity as really hard work, and that must be taught.
Anna Craft - ditto

Constructivist Theory of Learning - I have here linked the Wikipedia article because even though there are issues with it, it has a ton (a ton!) of links to more on the topic. Unsurprisingly many of the negative critiques of the ideas come from school teachers.

Posted by Robyn Coburn Writer at 9:33 PM No comments: 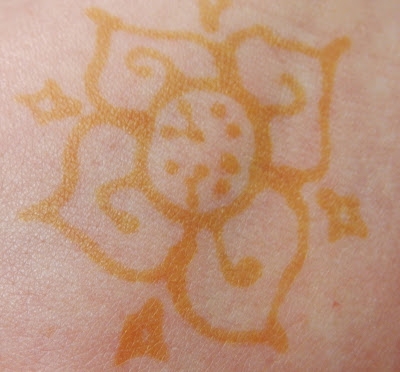 I'm here at North East Unschooling Conference, having a wonderful time. I gave my first presentation earlier, about Unschooling Misconceptions and Myths. Here are the acknowledgements and sources that I mentioned:

I ran out of time before I could talk about this clip from the TV show "Through The Wormhole" about a researcher, Jim Fallon, (the second clip) and his extraordinary discovery about himself - a wonderful example of kindness making all the difference.

It's grand to be here among other unschoolers, with all the awesome kids. Jayn is having a ball, making new friends and trying new things, such as Henna.
Posted by Robyn Coburn Writer at 4:14 PM 1 comment:

Help a Reporter Out 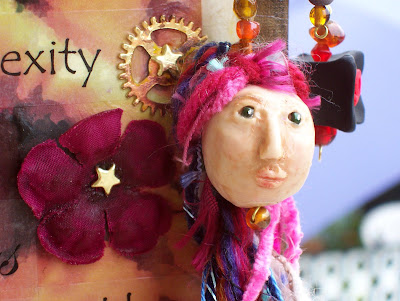 I'm registered with Help a Reporter.

Every day, at least once and often up to three times, I receive an email with calls from various reporters, journalists, publications or producers seeking experts or people with experiences relevant to the articles or segments they are creating. There are also periodic casting calls for reality tv shows.

This is how the articles with stories and expert opinions are created. Presently James and I have been interviewed as part of a documentary about people who got married in Las Vegas. I have submitted experiences about travel, and pitched to a crafting project.

Additionally, twice a week, calls for Gift Bag submissions are made, which give people the opportunity to insert their products into the swag and goodie bags for different events. They've been a little too big for me so far, but in the future I can see giving 200 printed Craft-It-Easy craft project instructions to the right kind of event - perhaps a working moms, parenting or educational networking event.

Meanwhile I constantly see calls that I know would suit people I know. For example earlier today there was a pitch seeking yoga instructors that work with pregnant mothers, and I immediately thought of my friend Danielle who is starting a wonderful new business, Kiss My Bliss Yoga which does just that.

I would encourage everyone, especially if you have any kind of business, to register with HARO and keep a gentle eye on the stories. The motto of the company is "Everyone's an expert at something".
Posted by Robyn Coburn Writer at 10:12 PM 3 comments: 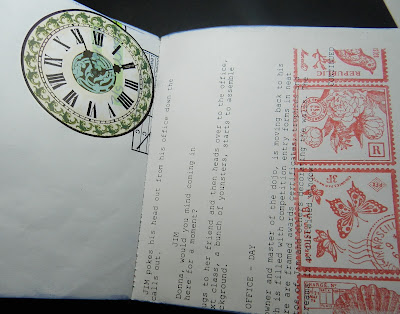 From my recent article about making your own art journals from recycled papers:

Some book binding resources:
Book binding 101
Leijonstedt.com - Galleries of unique hand made books
Alisa Golden's blog has a great link list of Resources and here is her book about making books.

Best Glue Ever from ScraPerfect.

Here's Julia Stanton of Belle Papier writing a comprehensive article about stitching on paper with a machine. It's a trend in scrapbooking you know.

And here's Julie Collings' tutorial about hand stitching on paper on her blog, The Adventures of Bluegirl.

Posted by Robyn Coburn Writer at 9:13 PM No comments: 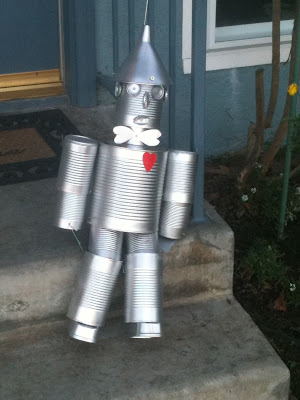 Tin Man near my house.


This idea has been percolating around in my mind for a long time. Now I'm going to write it.

Most people think of themselves as good and kind, or at least in the right. Most people are in their daily lives. Most people staunchly deny that they are prejudiced or bigoted. They would never think of using a racial or other slur in their daily conversation, or even in their thinking, and would feel shocked and uncomfortable if someone else did so, especially within earshot of the insulted. They point to the undeniable fact that they have gay co-workers, or other race neighbors, with whom they are friendly.

Someone once said that racism in the US was like the rain. You go outside you will get wet. I think the clouds are clearing some, but we still need our umbrellas. Homophobia is still institutionalized in most State constitutions.

However there is a kind of casual, everyday, common or garden, bigotry that is almost invisible. People hold on to assumptions, revealed in words like "they", or "those people", or "people like that" when  referring to a particular minority. Phrases like "The Gay Lifestyle" or "from a bad neighborhood" or "they have their own culture" homogenize people into groups. (The irony that I am doing something similar here, is not lost on me - but we only have so many pronouns, and I fear that I am not talking about a minority.)

Then the assumers (nice, well-meaning, kindly people) meet and get to know on a personal level, some individual that does not fit their stereotype. Instead of being unmotivated that youth is busy and hardworking; instead of being promiscuous, that man settled in a serious relationship; instead of being violent and scary, these teenagers are kind and responsible; instead of being ignorant and stupid, that woman is well informed and articulate; instead of wearing wild clothing, that person classy and elegant.

Here's where the shadowy bigotry lies. These folks then believe that their new friend, the individual from the "other" group, is an Exception.

And the great sad irony is, instead of re-examining their assumptions in the light of new, contrary evidence, they apparently persist in holding on to them. It seems no matter how many of these Exceptions that they meet, they still regard their own friends and colleagues as just that - Exceptions.

This is where the challenge lies. Not in the clarion calls of the visible, publicly declaiming their bigotry. These are the easy ones to fight. But seeing inside good people's hearts, illuminating their persistent beliefs that hold despite new, personal, knowledge, how do we fight those? How do we help people consider that maybe they have been wrong all along, that maybe the exceptions are not?

Posted by Robyn Coburn Writer at 2:03 PM No comments: