Found: The Artist Within 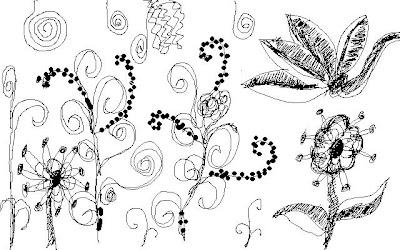 For most of my professional life I have been a "Designer". I have worked in theater designing and realizing sets, costumes and lighting, with the occasional foray into sound. My work lives on only in memory and my portfolio which I wish I had paid more attention to at the time. I have worked in film in the art department, beginning as a scenic painter, and working my way through on-set dressing and set decorating to being the production designer on some low budget film projects. My work, good and bad, is immortalized forever as the silent character, the mis-en-scene, in these films that appear periodically on late night cable.

When I was in college, much of our philosophical discussion time was spent digging around the definition of "Artist". I don't think we ever came to a final consensus. I can tell you about the difference between an "Artist" and a "Designer" as it has worked for me, a distinction that I personally developed while I was in art school surrounded by people - students and staff - who were emphatically and demonstrably the former and others who were emphatically and demonstrably the latter, and the few who seemed to be both.

An Artist is someone who is responding to some internal stimulus. The the message they wish to express and the desire to express it, using their artistry and craft and skills (including design skills) in whatever medium, is coming from inside them - a personal muse. In making the art the work/message itself seems to become alive, using the artist/creator as a vehicle. Artists often seem to talk about their pieces as if they had conciousness.

A Designer is someone who is using their artistic skills and craft and understanding of design principles to fill a need generated by someone else. In my case that someone else was the script or the play, and the director. Additional factors - the characters, the actors, the venue.

I can do great work in all the design areas, beautiful scenic painting, wonderful evocative lighting, sets that add an extra voice to the script, costumes that free the actor from having to "act their backstory". I have the technical skills, experience and know-how to do all those things. BUT the seed, the germ, the raison-d'etre comes from outside of me. My considerable artistry was always in service to someone else's vision.

When I tried to "be an Artist" as was sometimes necessary, like in Textiles class (a class I was taking in order to enhance my costuming skills, not for its own sake), I was less successful. I didn't know where to start. I had nothing to say particularly. I kept wondering if the fabric I was dying would be useful for the whatever play I was working on. I tried to express my ideas about ecology and the green movement in sculpture. Blah. But my set miniatures were wonderful. I sketched like crazy in charcoal drawing class but the drawings were soulless - until I was sketching some rough concepts for the set of "Macbeth" and some costumes for "Romeo and Juliet" which came alive.

Whenever I was left alone to come up with some piece of "art" I just felt empty and adrift.

Over time I became reconciled to this. Why struggle with being an artist, when I was so very much better at being a designer? Design excites me. Collaboration thrills me. Exceeding the expectations of the director and receiving that validation - that is also good.

There it is really, isn't it? It's not just that artists are responding to their own muse, they are often satisfied with their own assessments of the success or worth of the their art. It may be that they need no one else's approbation at all. Whereas if a designer's whole motivation is solving some one else's problem, then criteria of success are largely defined by that some one else. Did the design solution "work"? All I could ever do was my best, and most of the time, that was good enough.

Cut to a number of years later and now there is a new debate in my life. Instead of looking at the overlapping spheres of "Art" and "Design", now the issue is "Art" or "Craft".

Clearly artists use craft skills to make art. When does craft become art? Are crafters more about exploring the inherent properties of the medium that they use? That sounds pretty Modernist. Are they concerned primarily the creation of the useful over the merely (merely?) decorative? Is something elevated (elevated?) to the status of art object when it has a political underpinning in addition to evoking an emotional response, or is it that craft pieces lack the capacity to inspire a narrative, existing simply as they are?

Or is the whole thing really just a bunch of snobbery detemined to maintain the old hierarchy with oil painting, architecture and marble sculpting at the top and basketry (have you seen some of the sculptures basket weavers are making?) and embroidery lurking around the bottom.

And don't even get me started with digital imagery, pop music, fashion and traditional "women's" art forms. Is there something in this idea of the inherent muse that could add to this conversation?

I don't know the answer, and I don't think there is THE answer.

But I do know this. I have found my art forms. Two of them.

It wasn't that I was "just" a designer, not an artist. It was that my internal, personal muse was not awakened by the call of blank canvasses or large scale found object sculpture (or even collage really).

One I have found by journeying through the world of crafting, inspired by my daughter's passion. The dolls I make are coming from inside me. I am choosing what to make, what their story is. ...And yet....It is very odd to be working on a doll, and sew on something that the doll evidently doesn't like and for a split second see the doll grimace. The doll itself as the director? And yes, I took those sequins off and replaced them with something else while the doll radiated contentment. Are all artists a bit mad?

The other is scriptwriting - not plays or novels - scripts. I am making these stories, but the characters are telling me where they want to go. It's weird. It's different - and yet I can do it. I don't feel empty at all - I feel brimming with stories and ideas and concepts - and more keep on bubbling up. I don't have enough time left even if I live to be 100 to get them all out.

And I still get to hand it over to a designer or two.
Posted by Robyn Coburn Writer at 10:12 PM