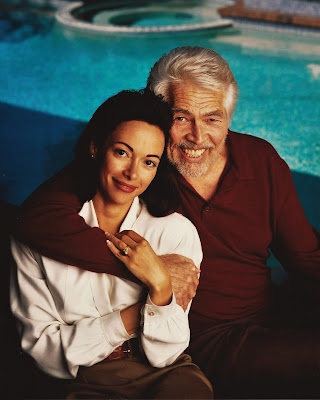 Today is the anniversary of James Coburn's passing in 2002. He died of complications of congestive heart failure after collapsing at home. He had been spending some time that evening preparing the music play list for the upcoming family Thanksgiving Celebration.

Jim was a huge and lifelong lover of music, especially jazz and classical music. One of his favorite pieces was Stravinsky's "Rites of Spring". He credited his junior high music and choir teacher, Mrs. Spiller, with awakening a love of all kinds of music in his young teenage self.

Later, as a young adult he spent many happy summer evenings dancing to the big band jazz and swing at the Rendezvous Ballroom in Balboa Island. In the army, one of his best friends was a musician who taught him claves, the percussion stick instrument of Cuba. In New York in the early 50's his perennial hang out was Birdland. He was very nostalgic about those great old days of music - he called them "the days of fun and frolic". 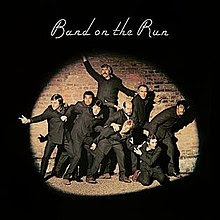 Throughout his life many of his close friends were musicians or connected to the music business, like his pal composer Herbie Kretzmer, and his other close friend Petey Kameron who once managed The Who. Perhaps his most extraordinary connection to music is his appearance on the famous cover of Paul McCartney and Wings' album "Band on the Run." And this doesn't even touch the array of fascinating artists who composed the music scores for his movies.

It is quite possible that the last things he heard in his life were the strains of some of his favorite music.


The James and Paula Coburn Foundation continues to pay tribute to Jim's love of music by supporting the Los Angeles Philharmonic, among other worthy causes. You can make a donation if you wish by visiting the website.

Posted by Robyn Coburn Writer at 6:00 AM